I can’t stop modding Dragon Age: Inquisition and have once again found myself a new set of must have mods — so let’s talk about them! All of these are from Nexus Mods and will be linked in the blog post. Also, these are all Frosty mods and only use the Frosty Mod Manager. 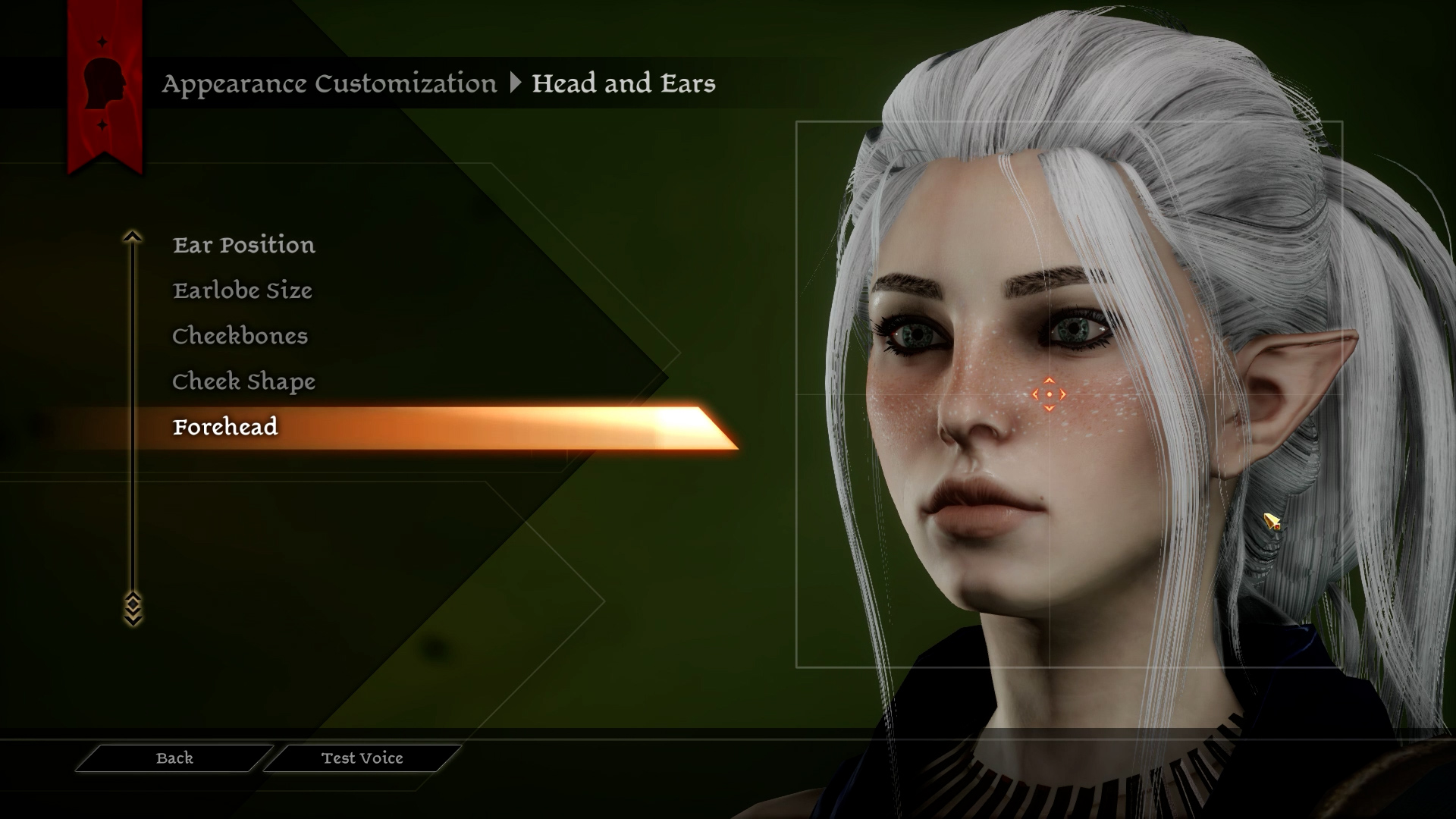 Stay Still in CC | By: Dmitrias

The first mod I have for you is Stay Still in CC — literally, it just keeps your character from moving while you’re in the Character Creator. It might not sound like that big of a deal, but when you’re trying to sculpt their jaw or cheekbone and they won’t stop flailing their head around, this makes it so much easier. I highly recommend it if you’re someone who enjoys character creation! 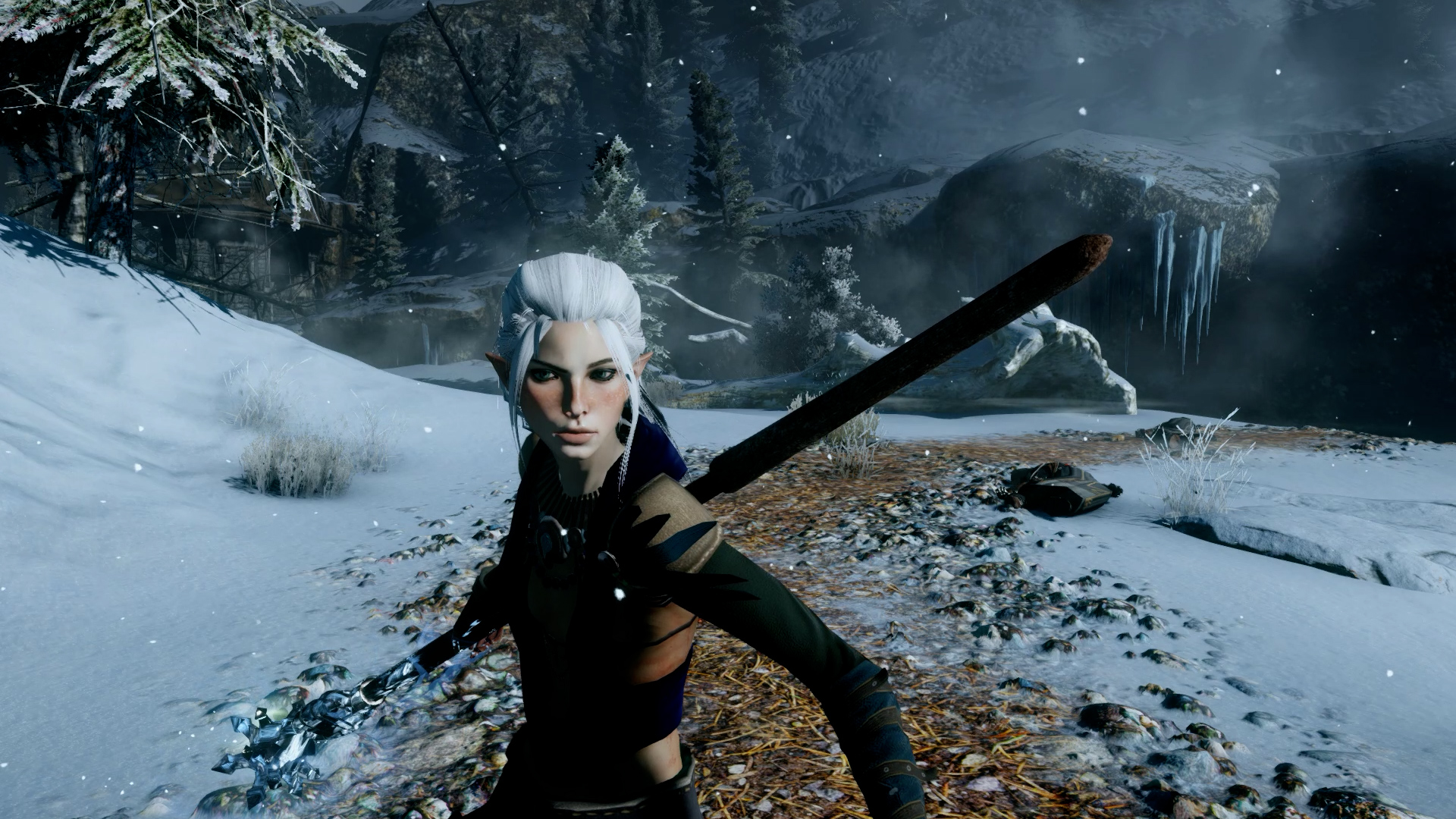 No Combat Grimace | By: Dmitrias  & Neutral Expression – No Frown While Idle | By: Elsie122

Ever question why your inquisitor gets so angry after they finish fighting with that little grimace they do? Yeah, same! Which is why No Combat Grimace is officially one of my favorite DA:I Mods ever. It gets rid of the weird grimace and has a few different options. I personally went with the one eyebrow raised, which required the mod ‘Neutral Expression – No Frown while Idle’. I honestly didn’t even realize they do that tiny little frown, but now it’s just a neutral expression with this mod and oh my, does it make a difference! Literally, between these two mods, your inquisitor goes from someone who frowns and grrrrs at everything to someone that looks like they’ve got everything handled. A must have in my book! 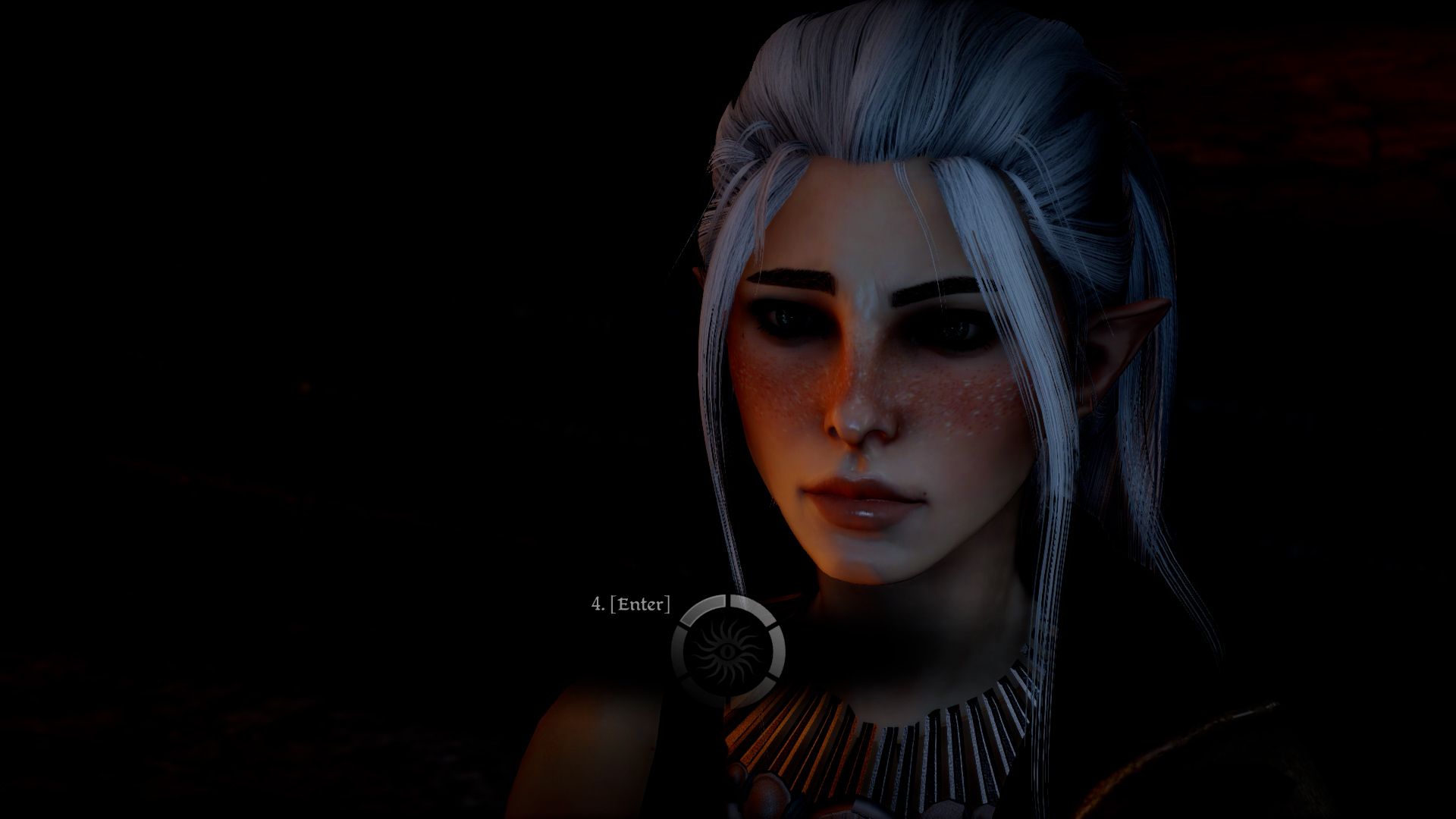 PopUp Killer is literally the mod I wanted the most during Riley’s Let’s Play (you can view her mod list here on the blog). It gets rid of all the tutorial pop ups during the intro of the game. No longer are you forced to get the combat tutorials, dialogue choice tutorials, etc. You’re immersion has officially gone up by at least 300%. As a note, there are still a few pop ups that happen but they go away quickly and automatically! 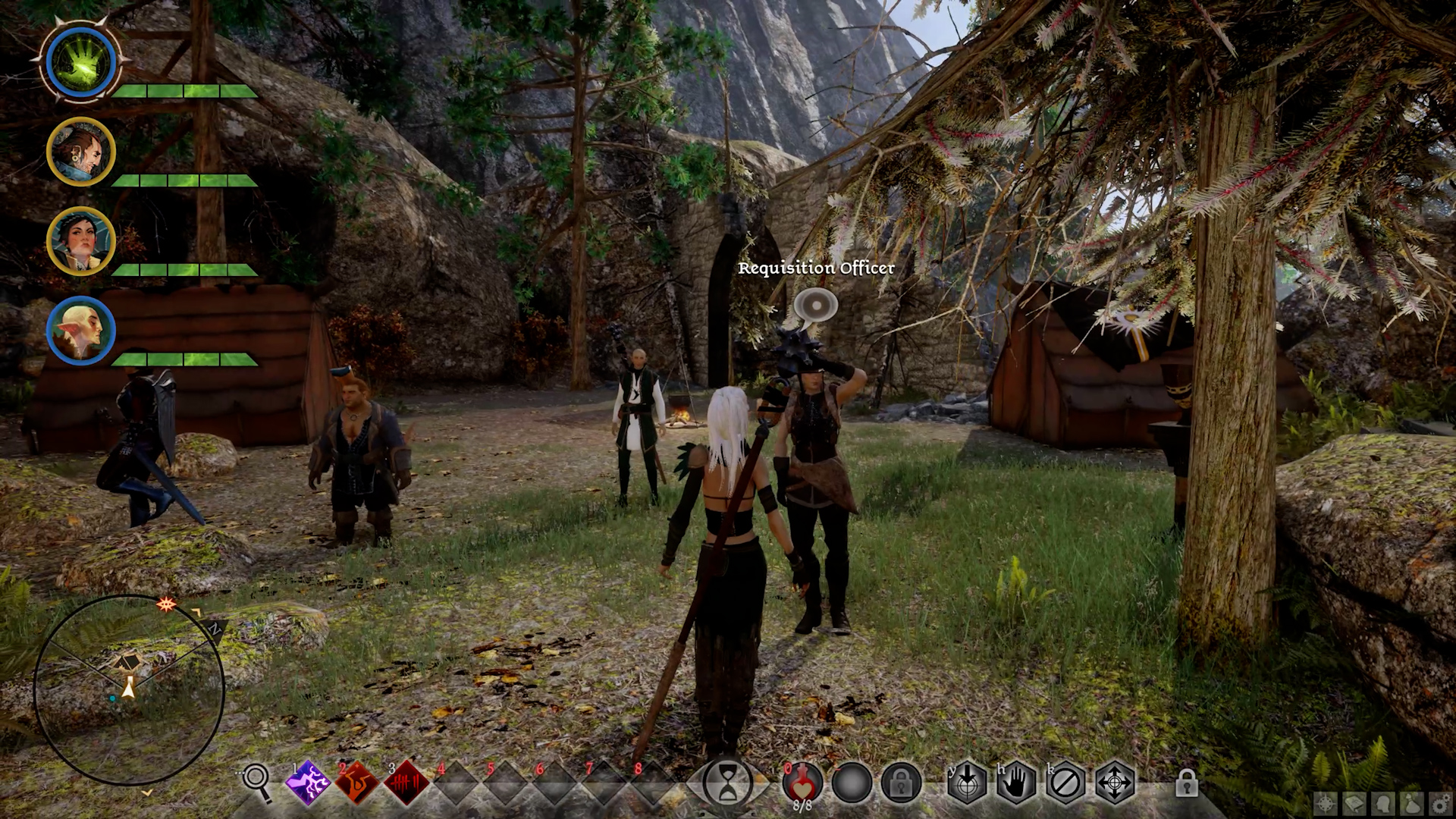 Hinterland Cutscene – Cut literally gets rid of that Scout Harding video cutscene that plays after you research the Hinterlands the first time. It now treats it like any other zone research so you can get on with your day. This is especially useful if you’re testing out a lot of mods, or you’re on your 400th playthrough! 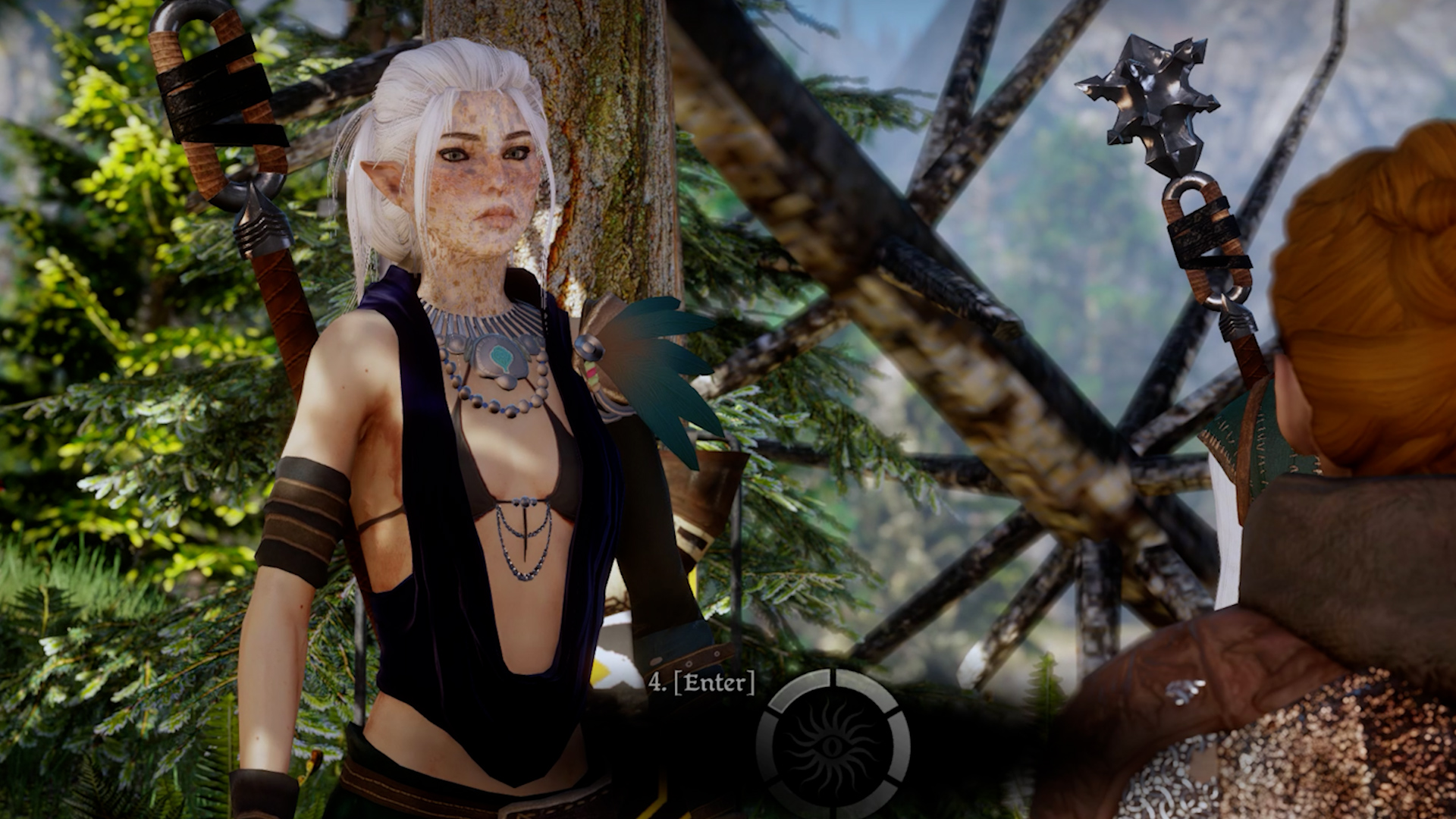 DAI Frosty Texture Glitch Fixes is a mod I didn’t know I needed until recently, as I hadn’t run into this problem before. BUT, if you’re getting texture glitches when using Frosty mods, this mod is 100% worth checking out! It’s modular, has a variety of fixes, and it fixed my Inquisitor’s skin texture bug for me so I can continue to use the Half Qun skin texture that I’m currently in love with! 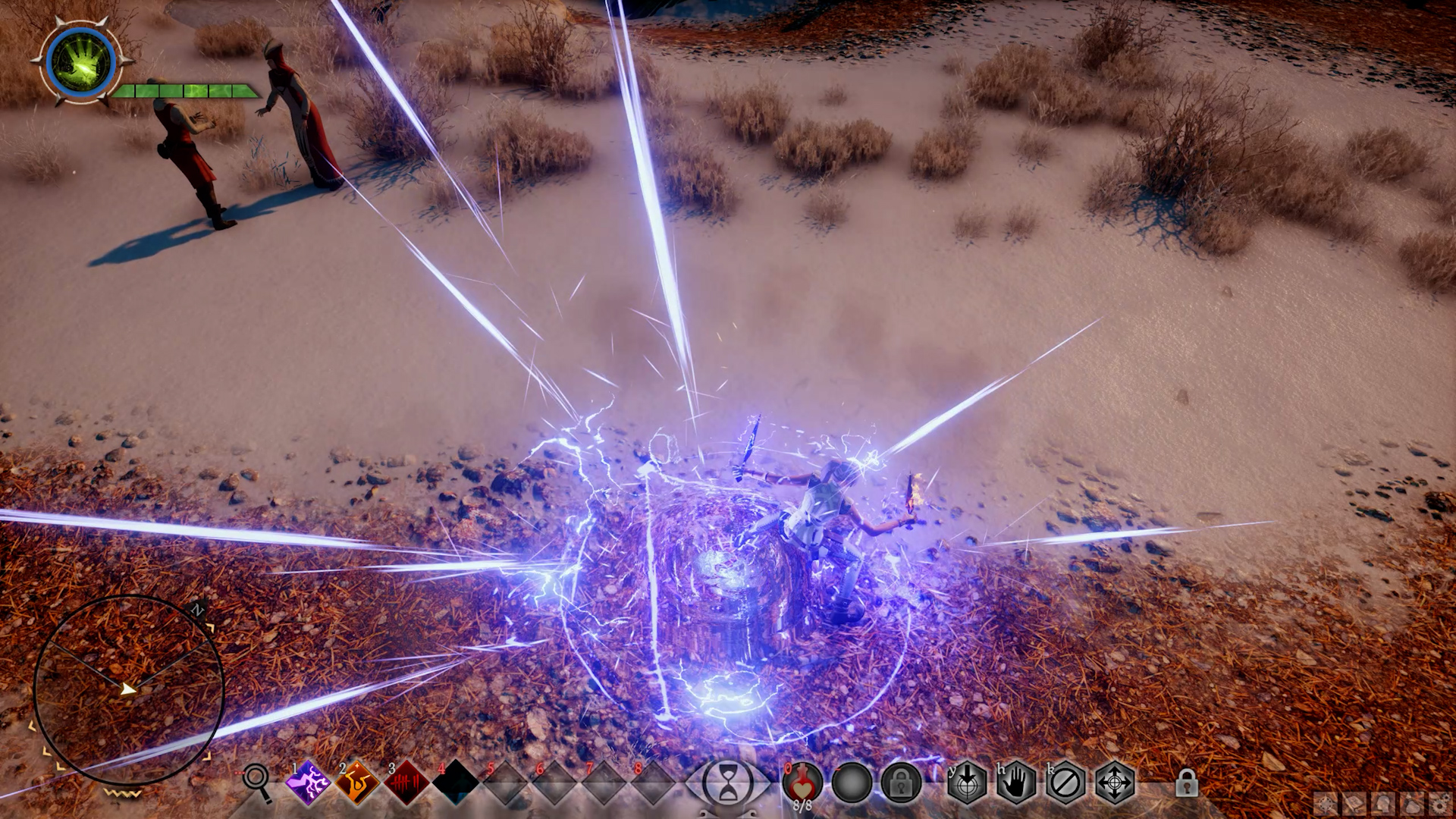 I saved this one for last, because honestly, it’s my favorite mod. Possibly ever for DA:I. And I’ve been modding this game since almost Day 1, so that’s saying something. It’s called Mixed Mage Builds and I used the Stormblade option. It literally gives you a mixed build based off of the mage class. So, finally, if you want you can be a mage who uses daggers, or there’s a beta build of an Eldritch Archer where you can use a bow AND be a mage. The amount of RP-ing and variety this will add is absolutely amazing. It’s important to note two things: first, if you’re going to do this, get the added weapon as it really makes the experience better. Plus, for Stormblade, if you don’t have daggers you can’t use all of the abilities, as some require daggers.

The other thing worth noting is I had my mage skill trees doubled for the specializations, so at first I thought it wasn’t working. Turns out I just had to keep scrolling through. So, if you don’t see the new abilities in the Necromancer tree, keep scrolling through your skill trees and you’ll eventually find them! Whether that’s related to this mod or the use of All Ability Trees for Inquisitor, I’m not sure, so you might not actually run into this issue! I’d also highly suggest pairing the Stormblade build with ‘All Ability Trees for Inquisitor’, as it will open up all the skill trees from the start, so you can dive into this build ASAP without needing to wait for Skyhold.

So there you have it, a few new mods to consider adding into your next playthrough of Dragon Age: Inquisition! If you have any trouble installing mods for Frosty, make sure to check out my tutorial for it!

See you next time!